Home IT Support services for a well-published author, tour guide and public speaker

Patrick is a well-published author, tour guide and public speaker.

Born and educated in Middlesex after which he was employed by Thos. Cook & Son, The Bergen Line and, for fourteen years, in the Piccadilly ticket office of Pan American World Airways.

Since 1980 he has been employed by various travel agencies, thus building up a client list predominantly connected with opera and the classical music industry.

His interest in ships began in 1958 when, at the age of twelve and whilst on holiday in Bournemouth, was taken by his parents to the cinema to see the Rank film ‘A Night to Remember’ starring Kenneth More and featuring the loss of the White Star liner ‘Titanic’ in 1912.

After seeing the film Patrick became fascinated, mostly by the White Star Line but also by ships, naval and mercantile, large enough to have an individual identity.

A friend of his who has written extensively on the Cunard liner ‘Lusitania’, after seeing Patrick’s collection of White Star Line memorabilia, suggested that Patrick contact a publisher ‘The History Press’.

Since then, ‘The History Press’ have already published two of Patricks books. ‘The White Star Collection’ being the history of a shipping line in postcards, and ‘The Unseen Olympic’ being the story of Titanic’s sister-ship.

Patrick’s third book for ‘The History Press’, ‘RMS Titanic – The Wider Story’ was published in the Spring of year 2016. In 2020 Patrick published his fourth book White Star Liners at War.

In addition to writing books, Patrick gives talks to various organisations and has been employed as a tour manager escorting opera tours to European cities.

Patrick contacted us back in July 2017 by responding to our marketing material which arrived through his door at his home in Ealing in West London. He was experiencing problems with his computer and mobile phone and was looking for some IT Support with a personal touch.

To his own admission, Patrick is a genuine novice when it comes to technology and requires patient hand holding when it comes to all things technical. These difficulties were giving rise to many frustrations when computers or mobile phones wouldn’t work in the way he hoped and expected they would.

Patrick was looking for an IT support company that would give him the time and attention he required, when he needed it, both on the phone and within his London home.

He was looking to build a close working relationship with a dedicated IT professional with whom he could contact direct whenever he needed. Often, he would need help with installing an app on a mobile phone, assistance with a printer jam or advice on what to do when his computer freezes.

In addition, Patrick was looking for a low-cost fixed price monthly financial arrangement where he could have unlimited access to high quality IT support services that he could call upon as often as he needed without paying any extra.

As a small specialist privately owned IT Support company based in London with nearly 20 years’ experience, we have a truly client centric approach to client care.

This means putting the client at the very heart of what we do and treating the technology, whilst also important as secondary.

This starts with allocating one of our highly trained IT professionals with first class communication skills to build a strong one to one working relationship.

It’s only via this approach that we can truly understand client needs and begin to meet those needs comprehensively.

Initially, we spoke with Patrick two or three times over the phone to describe in detail the services that we could provide and our cost options. Patrick was concerned about the large amount of time that he would need from us and the potential high cost that a service like that would attract as well as the inconvenience to the IT services supplier of regular calls.

We put him at ease by emphasising the truly unlimited nature to the arrangement and that we prefer clients to contact us at the earliest point of experiencing any issue. In addition, we agreed a small fixed monthly amount whereby Patrick could call upon us as often as he liked for both telephone assistance and help within his home without it costing him any extra.

In the early stages of us working together, it became clear that Patricks mobile phone and laptop were out of date and this was part of the problem. Patrick hadn’t replaced these for many years as he hadn’t known what to get or who to get the correct advice from.

Through spending time with Patrick, listening to his needs, and by understanding specifically how he uses his technology we could closely identify the specific products which matched his needs.

When the time was right for him we went with Patrick to the local computer store and made the correct purchases with him before returning to his home to meticulously migrate to the new equipment and to provide training for its use.

With the optimal equipment correctly in place and the right level of training, Patrick is now more confident with his technology. He is also more productive when working on his projects.

Whenever things do go slightly awry, and they do still occasionally, Patrick still calls us as often as he needs, knowing that there is a reassuring and familiar voice at the end of the phone who understands him and his specific setup and are keen and willing to help.

I am truly grateful for the support I am given.  I have peace of mind whenever anything goes wrong knowing that I can contact them to help me sort out my problem. I am truly not technological and the support that I have from them means so much. 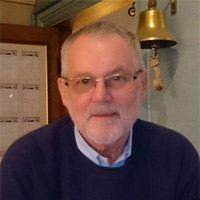 All Case Studies
Work With Us

Just a few of the reasons why our clients choose NECL as their trusted IT partner.

NECL will never baffle you with IT and tech jargon, attempting instead to present simple yet effective solutions to help your business stay ahead with technology.

IT Services with a Smile

Experience IT support the NECL way; direct access to a fully qualified expert who knows you and your IT system – on hand to help with technical problems while pro-actively suggesting ways to improve your infrastructure, always with a smile!

Your Trusted IT Partner

There’s a reason we have high client retention rates here at NECL. It’s not just because we’re good at what we do, but because we value each and every one of our partners very highly.